Our Outreach Experience in Lima, Peru 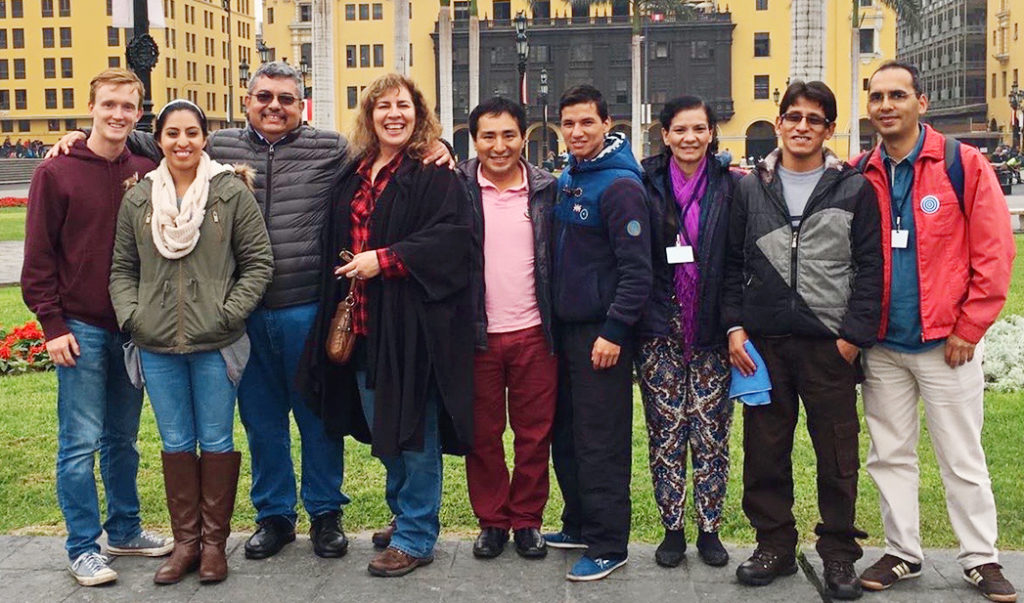 by Levon Eudaley and Adriana Castillo

This past July, Adriana and I travelled from Oklahoma to Lima, Peru to join the International Fellowship Committee in a 2 week book fair in Lima, Peru.  We were selected by the Northern Light Society of Alaska to participate in their pilot program, the “2×2=More.”  This program, now in its fourth successful year, partners with the YaYa’s to select young adults to work with the IFC in sharing the revelatory truths of the Urantia Book.  Since the project was created in 2012, 7 young adults have travelled with Books to Chile, Guatemala, El Salvador, the Phillipines, Thailand and Croatia.

“New ideas have arisen in us from the ability to serve in a community much different than our own.  Adriana and I worked the booth in Perú and talked with all sorts of people about their religions and ours.  We made friendships with our fellow workers.  Overall we have more fully realized that people are just people anywhere in the world, and the barriers we face with them will not be insurmountable, not in Oklahoma, not in Perú, not anywhere in Orvonton, not anywhere in the Master Universe, not anywhere beyond.  We have seen a little bit of Perú and have had great practice in talking about the Urantia book.  Here are two experiences that stand out. 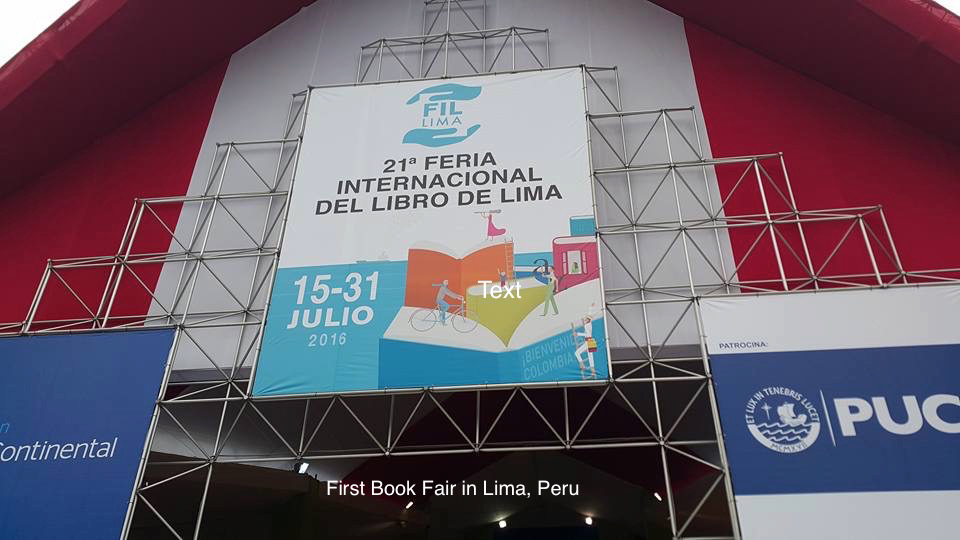 I remember one time when we were very busy with the booth, I was passing out the spiritual vitamins (although I called them “pensamientos” because people would try and eat them) and having basic conversations about the book with those who wanted to before handing them off to those in our group who were better Spanish speakers, and a very short lady was sweeping the walkway and when I came and offered her a spiritual vitamin she took an extra for her daughter.  Later I was at the booth and she came up behind me and asked for two more and told me how beautiful they were.  She came back each day and collected two more and said she has a shrine at her home where she prays and she was adding them to it.  One day she asked me about the button I was wearing and I gave her one.  “Un Pueblo, Un Dios”.  After quite a few days of this she asked more about the book and after talking they told her that the book is online for free.  I still remember that the first moment I saw her I wasn’t sure whether or not to reach out to her. 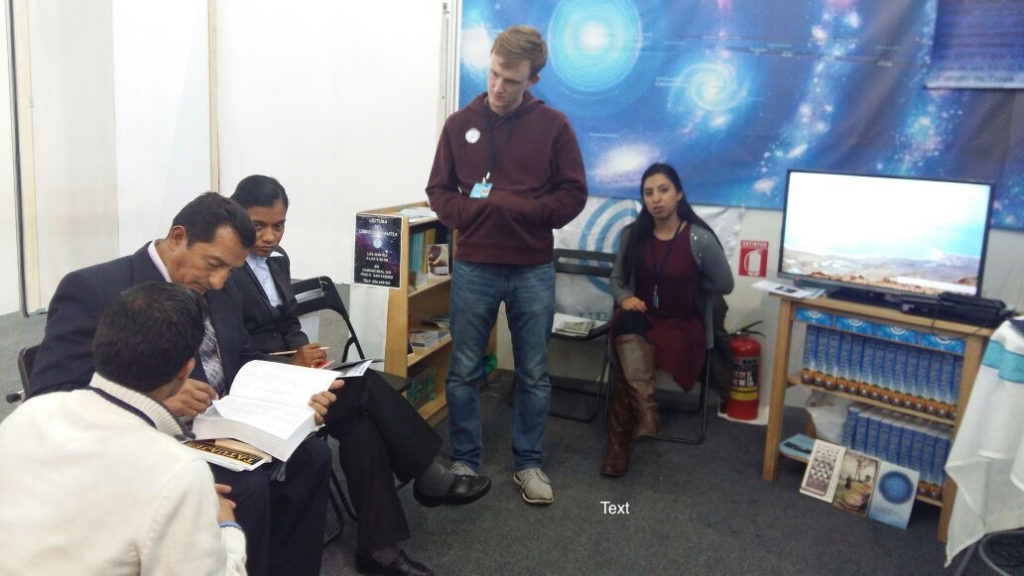 There was a time when it was only Adriana and I working the booth for a short period.  We were both nervous about it and hoped that there wouldn’t be a lot of people.  A girl of twelve or thirteen brought her mom and little brother over to our booth and they started asking about the book because they had seen it already on the internet.  They had been researching metaphysical teachings.  Adriana was talking with the mother when the daughter stopped and gasped at the big map of the Master Universe on the back wall of our booth and said, “Mira mama!  Este es el universo!” so I walked over to it and said, “Sí, y estamos aquí!  Somos tan poquitos!” and pointed to the spot where our planet is.  She looked at the map for a little while and then pointed to Orvonton and said, “Este esta donde vive Miguel?” and I realized she knew a lot more about this book than I thought.  I struggled to answer her questions while Adriana spoke with her mother and at about the point where I really couldn’t continue the conversation Omar came back from lunch and handled it.  And I think he pretty much explained our destiny to her, all the way up to the corps of finality and on into the phase of the Ultimate with much laughter and excitement from the two of them.  It was amazing.  Pretty soon the mother purchased a hard cover book from us for half price thanks to Agustin. 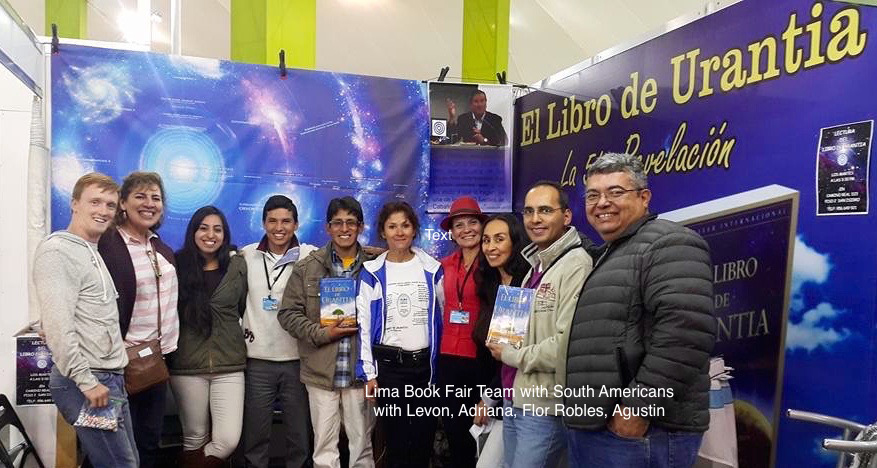 Overall, we thank you very much for this opportunity that we would not have had otherwise.  We intend to pay it forward.”

(Additonal information about the 2×2=MORE can be seen on the website of the Northern Light Society of Alaska:  www.urantiaalaska.org.   Or write to Barb Maier at barbmaier@gmail.com

We welcome your donations, interest in the program and please tell the young adults in your life about our project.)