The Adult Lives of Michael and Mother 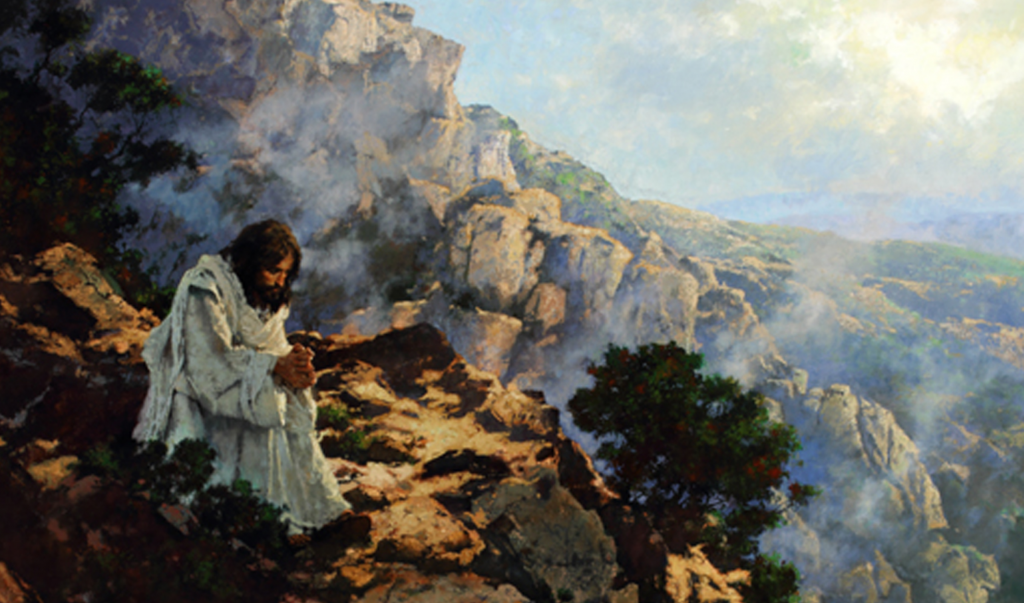 What does a three- or four-year-old child know of the adult activities of his or her parents, particularly activities that do not relate directly to his or her nurturance? The child doesn’t understand the adult language with which they speak to each other. The young child is still very much attached to the mother. Father sleeps beside her. Their intimate relations and work outside the home are unimagined and incomprehensible. Still, the child can sense some things such as emotions, tone of voice, and numerous other sensory details in the shared family environment. The body chemistry of the mother nurses and literally courses through the young child’s veins. What features of the parents’ activities and nighttime conversations does the child experience while asleep, or even still in the womb? All such experiences are on relatively symbolic and impressionistic levels.

We are in a similar state as that child when we pause in our private meditations to think about the personal lives of our universe parents, Michael our creator father, and the Universe Mother Spirit, our cocreator. We are still in gestation. Still, there are things we can know about them, and it is the great desire of parents that their children should know them, and know them more and more intimately.

As a child grows and individuates from her parents, she becomes interested in who they are as persons—what kind of work they do, how they were born and educated, what the grandparents are like, and what their future plans are. She would like to become like them—smart, involved citizens, and would like to learn a trade or profession, and perhaps have children of her own.

It has been possible to know Michael personally since the early appearance of humans on our planet. For example, the Old Testament prophet Daniel referred to him personally by name, Michael, many years ago (Daniel 10:21).

Michael keeps in contact with his friends, relatives, and peers by making personal visits, and sometimes by attending special conclaves of fellow creator sons at the center of all things, under the direction of the Master Michael. No doubt one or more of his fellows could chance to be at the same location where he has business or ministry. It would be fascinating to observe such a meeting. He can also contact a wide variety of beings by way of the phenomenon of universe reflectivity. He can visit Havona for ideas on plant and animal life, and more.

Our universe mother has been increasingly revealing herself on personal levels. Michael her consort has always known her personally as his insight touches upon the absolute. Then, about 200 billion years ago, after the primary eruption, Mother’s ability to be known personally expanded to include high beings of supremacy. But it has only been about 2000 short years that lower-order beings such as ourselves could know Mother personally! Before that, Mother was contactable to her children as spirit and as energy by way of her mind spirits (and still is.)

This is a wonderful turn of events. It is sad to record that during this time so few have enjoyed the personal communion of the Mother that is so lovingly made available to us.

Mother has a life that involves relationship, love, and communications beyond our little world, and beyond our universe of Nebadon. “Reflectivity” is a motherly word.

Reflectivity makes “possible the simultaneous recognition of the mental, the material, and the spiritual. This is the phenomenon of universe reflectivity, that unique and inexplicable power to see, hear, sense, and know all things as they transpire throughout a super universe, and to focalize, by reflectivity, all this information and knowledge at any desired point. The action of reflectivity is shown in perfection on each of the headquarters worlds of the seven superuniverses. It is also operative throughout all sectors of the superuniverses and within the boundaries of the local universes.” (9:7.1) [emphasis added]

With that description, I think we could say it would nearly be like being there. And it is through the agency of the Reflective Spirits of our superuniverse that she is in touch with other personalities, such as her fellow daughters of the Infinite Spirit. It is fascinating to imagine what they might talk about. Our Universe Mother Spirit “derives great satisfaction” also by being in touch with her more distant sisters and grand universe personalities through the reflectivity of Majeston, offspring of the Supreme Being, the being who is our grand universe “divine mother.” (14:6.36, 117:6.2)

We can perhaps relate to this by way of our experience with services such as Skype and Zoom, which instantly put us in personal touch with associates distant to us, and no doubt the level and quality of these communications will improve in scope and dimension as time passes. People living in technologically more primitive parts of the world do not yet enjoy these possibilities.

Sharing the Inner Life with Michael and Mother

We have read that the doing of the will of God is directly connected with our willingness to share the inner life with God. Just this week I had some things weighing on my mind, and my partner was kind enough to let me share all of it in detail with her, which took about three hours. We both gained valuable insight from the process of discussing the many correlated intricacies of the picture that gradually emerged. I had prefaced the conversation with the caveat that I didn’t have it figured out, I was puzzled, and I felt the need to simply share with her what I was thinking and feeling.

Have we ever had a three-hour conversation with Michael or Mother? It would be easy enough for an analyst to say we would only be talking with our alter ego. But now we are personally related to Michael by his Spirit of Truth, and with the Mother by her Holy Spirit. When we address to them our thoughts and feelings, our inner life (with no sanitizing, just the plain truth), we are assured they listen. We are assured also that they communicate back to us, as that is their delight. The answers may come before we finish a sentence, or a night’s rest may find us arising with impressions more understandable, or we may soon notice a synchronicity or an experience of our seraphim working from the outside in, in the social, moral, and ethical realms.

Over time our conversations will become more personal, and therefore more real. The mental resources spent on mind chatter can become redirected throughout the day to communion with our universe parents. Jesus would sometimes spend hours or days in personal communion with God. It was necessary in order for him to know what to do. John the Baptist read a certain scripture passage relating to his mission as the W forerunner of Christ “a thousand times,” meditating on it in the quiet stillness of the Engedi desert, among his sheep. (135:3.2)

Do you direct your inner-life thoughts to Michael? or to Mother? You will sense the best approach as the personal sharing becomes more frequent and more realistic, even without ceasing. As a suggestion, you may start by sharing things that have to do with ideas, concepts, and your life patterns with Michael, and things that have to do with the activation and realization of those patterns and plans with Mother. Just an idea. In the final analysis, they cooperate perfectly as one concerning your welfare and development.

Mother may never return to her Paradise home, as she is busy holding us and our universe together. And when that is all settled and we are long launched out, she and Michael will head out to the new ranch for their transcendent adventures with ultimacy.

So, we have learned that Michael and Mother have an adult and maturing life of their own, past, present, and future that we know little of. Yet when they care for you, it is as though you’re the only person in the universe. It’s all about family. Love them, communicate often, and do what Mom and Dad say: Serve and share. “Love everybody today, and let God sort it out.”

Note: I would like to thank the excellent teachers I’ve learned from, and to thank the women whose concerted efforts have brought to me new thoughts about our relationship with Michael and Mother. As a human family, we don’t have much history (only about two thousand years) with these two new realities: the united life of the Father-Adjuster and the Son-Spirit of Truth . . . Father and Son communing as one in our hearts, taught by Jesus as the meaning of the communion bread. And, the new opportunity to know Mother personally in this era of greater potentials for a better life on our world.

3 thoughts on “The Adult Lives of Michael and Mother”