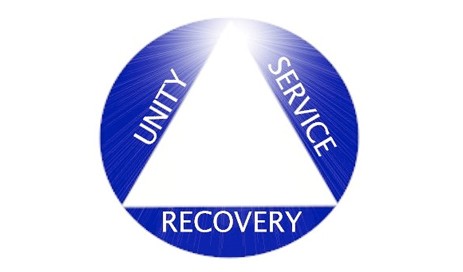 I have started a Urantia study group, in Phoenix, in the most unlikely place that I could have ever imagined.  At least it would have seemed unlikely when I found the book. In order to explain further a little background is necessary.

I have been given a gift, the gift of sobriety in 1997. I discovered the Urantia book in 1985. I suppose you can do the math on that one. It took a little while for the spiritual action portion of the Urantia book to sink in.  It took desperation, the program of AA, God, help from others, and the big book of Alcoholics Anonymous to bring it all together for me.  The Urantia Book confirmed a lot of my feelings towards God and Religion but it wasn’t until sobriety that true faith came along…”Mortal man may draw near God and may repeatedly forsake the divine will so long as the power of choice remains.”  I am glad I never lost the power to choose God.

I got sober at a place called TLC. It is a half-way house for people with a drug and/or alcohol addiction.  TLC stands for Transitional Living Communities.  If such a place didn’t exist, I am not sure I would have been able to get sober.  That is a story in itself.  But, that is not the story I want to talk about.

I got back involved with the Grand Canyon Society Group of Urantia Book Readers, a society I had helped to found before I got sober. It was a little over two years ago that I was attending a society business meeting and I had the feeling that I wasn’t doing enough.  I decided I would try and start a meeting at the half-way house, at TLC.  It wasn’t going to be a Urantia Study Group and it wasn’t going to be an AA meeting.  I decided to call it “God As You Understand Him.”  I knew I wanted to use the Urantia Book, but only in so far as it would help the men at TLC with their personal relationship with God.  I thought I could use my experience, the Urantia Book, and any other source material that would help or enable these men to establish a relationship with God.  I got some materials from Tom Allen, who had written a comparison of quotes from the Big Book of Alcoholics Anonymous and the Urantia Book, along with quotes from the Bible as well as many philosophers and writers.

I have been doing a twelve-step meeting at this half-way house every Friday for about 14 years, so I had built a lot of goodwill and they granted my request to start this meeting on Mondays at 5:30 p.m.  It was August and very hot when I started my first meeting with about 5 guys, we met outside, underneath a metal parking cover.  These men are required to attend an AA, or some 12 step meeting every day for at least 90 days, and the meeting I started qualified as a required meeting.  It eventually grew to 25 or 30 attendees and we had to move to the courtyard.  I relied heavily on the Urantia Book and would get many inquiries about it.  I got books for those that were most interested. I managed somehow to avoid any controversy the book may have caused by simply stating that if it makes sense to you and helps you, great, if not that is ok, too.  I try to make it a discussion so they can talk about their experiences and sometimes they do and sometimes they don’t.

After about 6 months those that had Urantia Books asked me if we could have a meeting just to read the Urantia Book.  I said that maybe we could do that.  It took a couple more weeks and they were pretty much demanding that we read the Urantia Book.  So, the Sunday Morning TLC Urantia Book Meeting was started.  There are about 30 to 40 guys regularly attending. I just sit and read.  While I read I will try to relate my experience with whatever I may be reading.  AA principles and Urantia book principles are nearly identical.  This meeting meets at 6:30 a.m. in the summer and at 10:00 a.m. in the winter.  These meetings are well attended and they look forward to them as much as I do.  I sometimes have some controversy with people asking about who wrote it, where it came from, etc.  I try not to be preachy or pushy.  It is not so bad when I think every time Jesus publicly taught, about a third of the crowd were scoffers or thought he was crazy.  I love doing these meetings, Monday requires a little planning, and Sunday I just read consecutively, asking questions and sharing our experiences.  I ask the Father for help before each meeting.  I am grateful that I have been able to expose hundreds of my brethren to this book and its teachings.  I never could have conceived or planned how this turned out, I am just glad it did.

TLC is located at 2202 E. Roosevelt in Phoenix, Arizona. It is an open study group.

9 thoughts on “Study Group at TLC”