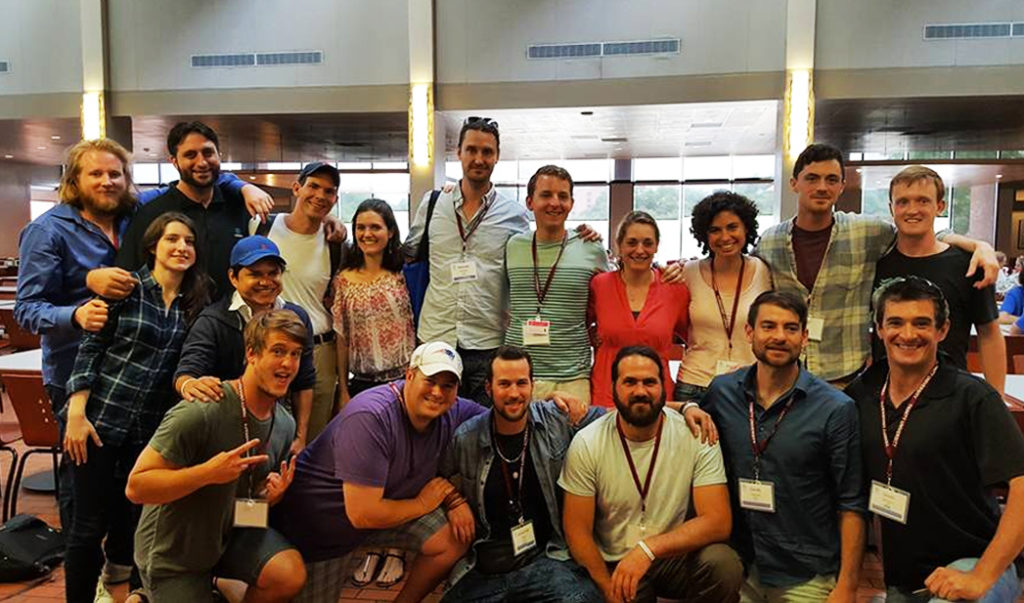 I was on my way to see my spiritual family!

You can imagine how excited and energized I was to see old friends and meet new ones. I had already had contact with a number of younger readers and we would be working together during the conference in hosting a workshop with three different topics. The fact that I knew there would be quite a few younger readers made it even more exciting.   Arriving at the San Antonio Trinity University at midnight Wednesday, it was already very hot and heavy but a beautiful place even at night. I finally met up with a few of the organizers who gave me my room key and a welcoming bag. After a short night the next morning I went to the canteen for breakfast to find there were quite a lot of people there, though most would arrive during the day. It was the rekindling of old acquaintances and the connecting with new ones. The atmosphere was light and fun and I spent this time mostly hanging around talking and exploring the beautiful campus.

The next day was the start of the conference with plenaries and workshops. All of very good quality and good cheer. We all had lunch and in the evening we had a TexMex dinner outside on campus. It was such a beautiful and joyous day. Later in the evening people stayed together playing music and sharing.

Friday and Saturday were also days of plenaries and workshops of which one was hosted by the YaYAs and the UYAI together with Jeffrey Wattles. Each facilitator had their own topic. The people who attended our workshops were really interested and curious about what we were doing and wanted to do in the future. They were very supportive. 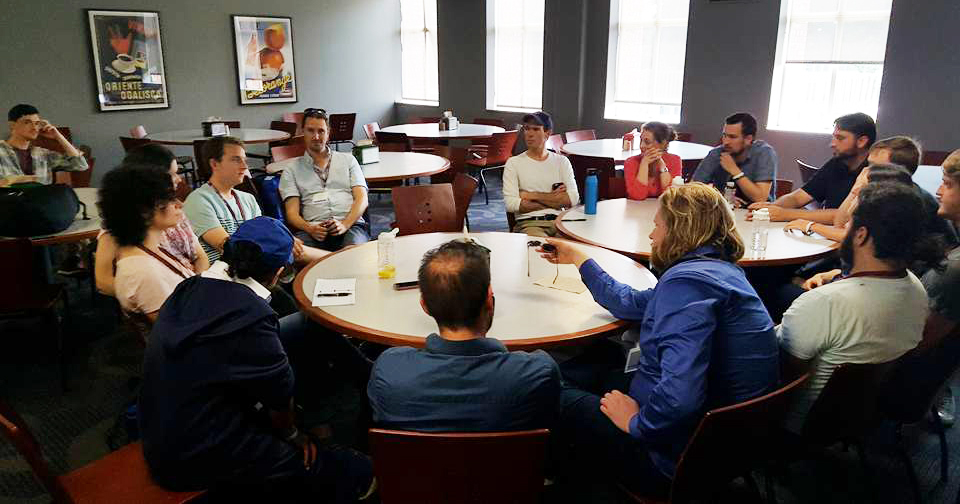 In the evenings there was again music and drinks at the improvised bar on campus, with a great big balcony that looked out over San Antonio. In the evening of Saturday we were blessed with a stunning and moving musical performance by Christina Seaborn and Bob Salone.   We had so much fun and everyone was so relaxed and loving. Of course some stayed up late till the wee hours of the morning every night just talking, sharing and laughing. Some of us had pain in our jaws from laughing.

Sunday was the last morning of the conference and the departure of a lot of friends. Which was a mix of happiness of having being able to spend time together and sadness of saying goodbye. Because there was the Fellowship’s General Council meeting for the next two and half days, a bunch of people did not leave until Tuesday. Sunday afternoon a group of us younger readers went out and spend the afternoon together. In the evening some of us went out to dinner, which was really nice. It was like being with longtime friends.

Monday was also a day of hanging out together and going site seeing in San Antonio with those not in the General Council meeting and in the evening a group of us went to the river walk and had drinks. It is a beautiful city, with lots to see.  I relish these moments spending time together.

Tuesday was sadly the final day of departure. Since I left later in the afternoon most people were already gone. I felt like a homesick kid again. The hole I felt of having said goodbye to everyone and my friends leaving knowing I wouldn’t see them again for a while was painful, but I felt so blessed of having had the opportunity to be present during this amazing conference. I left with a sense of having gained knowledge and a bigger family. The pleasure of talking to fellow readers, getting to know each other and having such fun is just exhilarating.

During the Conference there were no borders, no organizations and no generation gaps. We were truly one loving spiritual family just sharing and connecting. It was a glimpse into what the world could be like, if we all respected, loved and were really interested in each other. How lucky are we 🙂

The fact that there were a lot of younger readers with which I have become so close in such a short time and that we will be moving forward towards working together for the future of the revelation, has moved and motivated me beyond words.

I would like to give thanks to the Northern Lights Society of Alaska, the Lone Star Urantia Association and the YaYA Committee for their combined and cooperative efforts to provide me with this wonderful opportunity to experience the benefits of this joint conference and to encourage the growth of our Young Adult Urantia community.

The next International conference will be held near Amsterdam in 2018. Organized by the Dutch association UAISUN.  It will be situated near the world famous Keukenhof also known as the Garden of Europe, is one of the world’s largest flower gardens. It is also 5 km from the sea.  This will a perfect opportunity to come together in brotherhood and sonship. We hope you will come and maybe prolong with a holiday in Europe. Anticipating the next opportunity to see you all again.

Vice-president of the Dutch association SUN

Executive Team member of the Membership Committee of the UAI