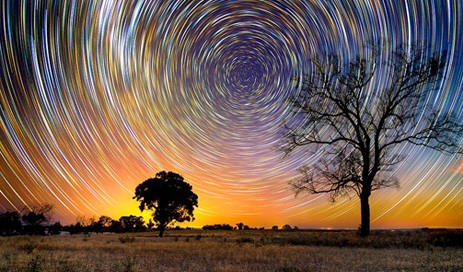 The day I write this post, the world is utterly obsessed with the missing Malaysian Airlines Boeing 777 airplane. Humans are naturally drawn to mysteries, and this one seems to rattle the human mind at its very core. I can’t even tell you how many hours of CNN I have watched waiting for the next clue, the next discovery that will get us closer to what happened.  I think humans are so accustomed to stories that always have an end, a conclusion, which makes the missing airplane saga all the more hypnotizing. I am sure millions have lain awake at night imagining theories put forth on television and the Internet. Did the plane land on some remote island getting ready for an eventual attack? Is the plane at the bottom of the ocean? Was there a fire on board? And my favorite, was the plane abducted by aliens?!

This function of our mind, this brilliant imagination of ours, is not something that we developed by pure chance…it was intelligently planned to be a feature of the human mind. The Urantia Book tells us that imagination was integral to the development of primitive religion. It was through the terror of imagined ghosts that mankind eventually came to believe in spirits and later gods. It was through this imagination that humans developed concepts of the afterlife–heaven and hell–our imagined future of deadland.

Man has had a long and bitter struggle with the ghost cult. Nothing in human history is designed to excite more pity than this picture of man’s abject slavery to ghost-spirit fear. With the birth of this very fear mankind started on the upgrade of religious evolution.

Human imagination cast off from the shores of self and will not again find anchor until it arrives at the concept of a true Deity, a real God (87:0.2).

Periodically throughout my childhood, I experienced this overwhelming power of the imagination. Here and there, I would experience something known as a “night terror” which I am convinced is a remnant of the primordial ghost dream–though science considers it as a “parasomnia disorder.” In a night terror, a child awakens from sleep experiencing true terror of some vague and ghostly phantasm. Though most night terrors are forgotten upon awakening, I believe most of mine were about a bizarre association of death, ghosts, and the Christian conception of hell. Wikipedia says, “The universal feature of night terrors is inconsolability. During night terror bouts, patients are usually described as ‘bolting upright’ with their eyes wide open and a look of fear and panic on their face. They will often scream.”

I don’t know about you, but this sounds awfully similar to the description of the ghost dream in The Urantia Book:

The concept of a supermaterial phase of mortal personality was born of the unconscious and purely accidental association of the occurrences of everyday life plus the ghost dream. The simultaneous dreaming about a departed chief by several members of his tribe seemed to constitute convincing evidence that the old chief had really returned in some form. It was all very real to the savage who would awaken from such dreams reeking with sweat, trembling, and screaming (86:4.1).

The powerful human imagination is an example of the cosmic overcontrol of God on all levels of reality–physical, spiritual, and mental.  Many phenomena that humans observe are in reality by design and have an overarching purpose for evolutionary perfection. The Urantia Book tells us that even the Ice Age was designed to be contemporaneous with the evolution of primitive man. “And this appearance of primitive man on earth during the ice age was not just an accident; it was by design” (65:2.16). The struggles associated with the cold foster a very strong type of human being.

I was watching a show last week entitled “Live From Space,” which was interviewing astronauts at the International Space Station. During one segment, the astronauts were commenting how from space they gain a new perspective, that national boundaries dissolve, and they realize how fragile life truly is; in other words that Earth is fine-tuned to support life. These seasoned astronauts remarked that from space you can see how the atmosphere is extremely thin, just a meager blue strip across the globe that separates us from the unbelievable harshness of space. The segment beautifully underscored the fact that this planet never would have harbored life if there weren’t a higher intelligence behind it.

The evolution of life is a technique ever progressive, differential, and variable, but never haphazard, uncontrolled, nor wholly experimental, in the accidental sense.

Many features of human life afford abundant evidence that the phenomenon of mortal existence was intelligently planned, that organic evolution is not a mere cosmic accident (65:4.2).

This amazing purposeful evolution and regulated physical universe are reflective of the love of God on a nonpersonal level, but there is also an individualized and highly personal affection. God has bestowed upon men, women, and children fragments of himself known as Thought Adjusters. These pure spirits of God are perfect and infallible spiritual compasses. Thought Adjusters seek to spiritualize us, beautify us, and make us perfect like the Universal Father. And not incidentally, certain types of these pure spirits can even promote deep spiritual growth in the human imagination, for they are  “…often able to contribute factors of spiritual import to the human mind when it flows freely in the liberated but controlled channels of creative imagination” (109:5.1).

Recently, I heard about Mindy Tran, a mother of twins in Massachusetts. Mindy apparently threw herself in the way of her car to act as a speed bump because her Accord was rolling away with her kids strapped inside. She crushed her knee, damaged her hip, and dislocated her shoulder, but her children were saved. Firefighters eventually had to use a specialized air bag to life the car from the living speed bump. This wonderful love for her child is reflective of the individualized love of our Universe Parent. A divine Father who has laid down fragments of himself to be imprisoned within our minds in an effort to help us attain survival.

“…such true parents portray to their children the first of a long series of ascending disclosures of the love of the Paradise parent of all universe children” (84:7.30). It is this realization of the individualized love of God that leads one to the true gospel of spiritual salvation…that we are all children of God, that God is our loving Father. The Christian, the Muslim, and the Jew are all children of the Most High–regardless of theology and dogma. The love of God transcends mere intellectual belief.  Jesus once said, “I am the way, the truth, and the life.” And this truth can only be lived to be known and this indeed is the saving message of The Urantia Book.

4 thoughts on “Mystery of Mysteries”

PrevPreviousReflections on Christianity21
NextA New Resource for the Philosophy of LivingNext