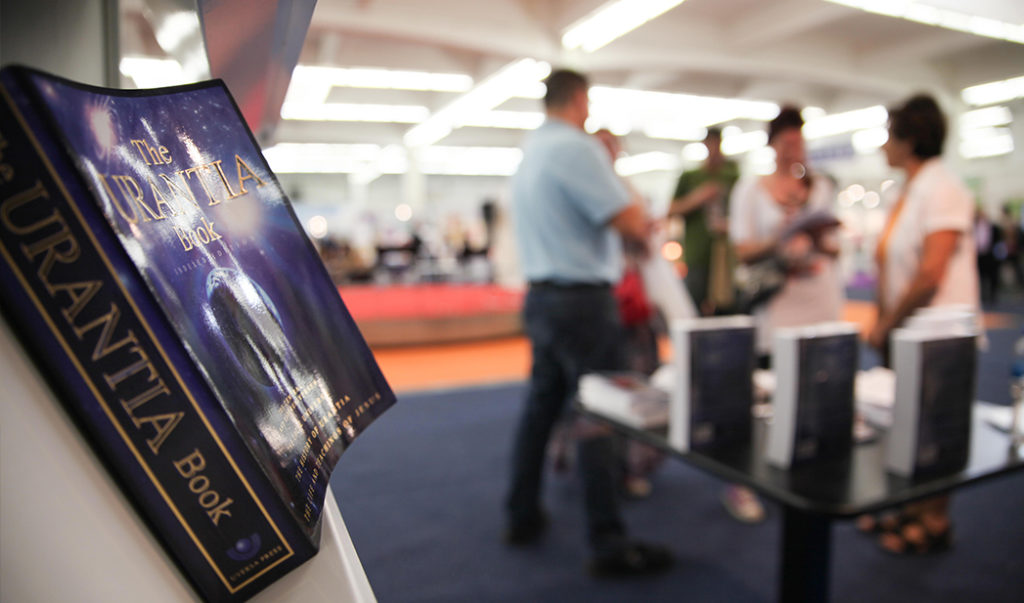 At some point in our lives we all take some kind of journey, but the most valuable ones are the ones of the spirit.  Spirit journeys are the ones which push us forward, take us from our comfort zones and kick us into whole new environments of growth.

My spirit journey started five years ago on one spring morning. Many things were wrong in my life and most of them were the direct results of my selﬁsh choices. I decided enough is enough. I made a ﬁrm decision that I did not want to waste my time and purpose on this planet.

I had a talk with the Father. I told Him that I now realized that every time I decided to go a diﬀerent way than He had in mind for me, it  would come back in the end to the path He intended for me …. with a few side trips caused by my personal ideas. That morning I knelt in front of my Father and I promised Him no more side trips. I prayed for a true journey of the soul

A few days later He sent me a gift. A blue book—The Urantia Book.

The Urantia Book placed a new direction in my mind so that I was able to correct my course.  My new hike through the Universe started with a promise to my soul: I will go wherever you send me.  On my journey I’ve met fascinating people and heard amazing life stories. These stories supported my choice to push forward on God’s path.

I had met my ﬁrst in-person Urantia friends when the International Fellowship Committee (IFC) of the Urantia Book Fellowship hosted a Urantia Book booth in my home country – Zagreb, Croatia – October, 2014. Then in March of 2016, I received a message from my dear friend Barb Maier (from Alaska, on the other side of the planet) and she asked me if I would like to go to the Urantia Conference in Budapest, Hungary, and meet some more amazing people. I needed exactly five seconds to make that decision and we started with preparations for this joyous event!

When I arrived in Budapest this September, I was stopped by my American friend, Derek Samaras. Previously, Derek had been selected to participate in the 2×2=MORE project which sends young adults abroad to assist the IFC at book fairs and he was a part of the Croatian team. After a joyous hug, we talked non-stop, realizing we could not fully catch-up on the past two years.  Upon checking in, I was greeted by Samantha Noir of the Netherlands and got another friendly hug along with tons of information. I was pleasantly surprised that 85 people joined this event and immediately I wanted to meet them all. But ﬁrst, Derek took me to meet my roommate for the next four days. He prepared me with: “He is little older, but you won’t be sorry sharing a room with him.” I didn’t know what to think about that statement and I just let myself remain open to be surprised. I shared the room with John Hales (Forum member & 3rd generation reader from Chicago) and I really was privileged by that. At least two nights we were awake well past midnight engaged in such interesting conversations that we concluded we really need to shut up and go to sleep if we want to be on time in the morning for the conference.

The conference was very beautiful. Topics were great and there were also many workshops that it was hard to pick which ones to go to. I wanted to be at all of them! I learned so much!  Of the 85 people attending, more than 20 where younger than 40 years old.  On the last day we had a joint meeting of the YaYA’s and UYAI and all the younger people joined. Tons of fresh ideas and energy really ﬁlled me up with hope that the revelation will not die away and that a new day is coming.

Five years ago I started a journey to ﬁnd God. Now on this journey, I ﬁnd myself and lots of brothers and sisters who are on the same quest. It’s the quest of bringing Light and Life upon this beautiful pearl called Urantia.