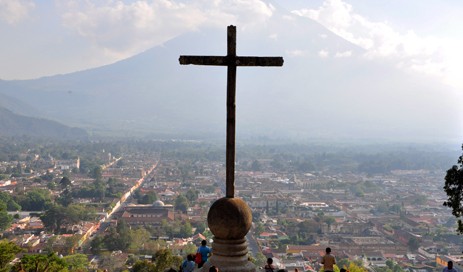 Touching down in a foreign country like Guatemala, on a mission to display the Urantia Book at a national book fair in a place where I had never been, was one of my most magical experiences ever. The feeling of adventure was immediately instilled upon me. There are many adventures out in the world but none that are the same. The specific adventure that I went on consisted of a small team of volunteers and cases of Urantia Books. The members of this small team were Buck Weimer, Dolores Nice, Agustin Arellano, April Helen and me. All of these wonderful people were essential to my own personal adventure and experiences; I’m so blessed to have traveled with such an astounding team.

On the first day of our adventure we all went down to our Urantia Book booth to finish setting up. Books placed on racks, posters on the walls, and a team eager to get started. At this point in time I was still trying to wrap my head around the idea that I was in Guatemala, let alone representing The Urantia Book. For the first day I observed something that I had never experienced before, so many people interested stopping and asking questions. These questions of course in Spanish, but nonetheless I was amazed at how many people stopped, even just to eye a poster. It was truly a feeling that could never fully be understood until you experience it yourself. The idea that people are actually interested in The Urantia Book on such a large scale was amazing to see. A lot of the people who attended the book fair in El Parque de Industria were young people. People my age who were curious about the book? It was refreshing to see an abundance of young people 1.) Be at a book fair 2.) Be so open to new ideas. The feeling of making a change was due to these people being so open minded and hearing what I had to say. 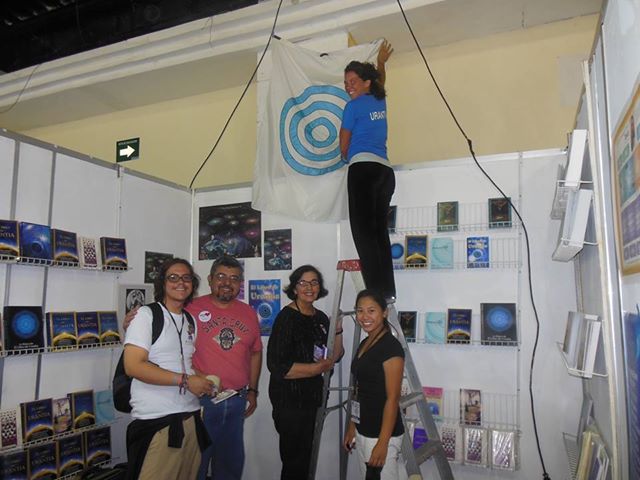 This brings me to my next experience of speaking Spanish. I can’t say that I can speak Spanish fluently, but I can say with certainty that I tried. I have taken three years of Spanish in school, but it prepared me very little for what to expect of actually being in a Spanish speaking country. I could communicate a little the first couple of days, but then began to get a hang of what to say to interested people. Although not perfectly clear I was able to convey a message! A message that was most likely re-translated by our fluent Spanish speakers at the booth, Dolores and Agustin. Even so, I got more and more comfortable with the language as time went on. It was amazing how being immersed in a language can almost instantaneously change everything. I found a new reason to truly learn Spanish, it’s a reason that is not taught in my Spanish class, but a reason that I found on my own.

For the duration of the two weeks we were there, our team did not just work at the book fair but were able to explore Guatemala and meet the locals. The people of Guatemala are some of the friendliest people that I have ever met. They take so much pride in their county and are honored when people visit. The two local families that we primarily met with were the Pineda family and Gonzalos family. Gonzalos opened up his home for all of us to have dinner, lunch, and coffee. His family’s hospitality was so honest and sincere. The Pineda family commuted two hours just to come help at the booth, and a young reader Daniel (a third generation reader) made that commute multiple times. In one instance I was in the car with the Pineda family and we were trying to figure out what the other was trying to say. We were able to laugh at ourselves, it was as if the language barrier didn’t matter. I was part of the family. All of the readers down there were so glad and grateful that we came to meet with them and bring books. I believe that it was equally important to meet with local readers and become engulfed in the culture as it was to experience the book fair. 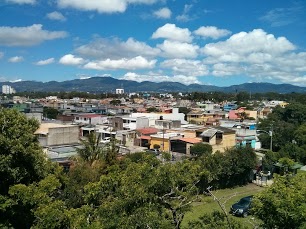 April Helen and I both were funded to go to Guatemala by the Northern Light Society’s 2X2= More project. Needless to say, we had a great time getting to know each other and working together. We split a fresh coconut together, crossed busy streets, and ran through the rain together. It was an adventure inside of an adventure. During the book fair we sat in the booth and rolled spiritual vitamins, talking about life. We both bonded over our love for people and travel. It was so neat to learn and talk to someone who has also grown up with the book. We talked all the time and it was great! Needless to say it was meant to be, April and Mae.

Heading back home there was a sense of tranquility. The idea that I was able to convey what I believed through my words and actions heightened my sense of connectedness. The words that I spoke to new people passing by began to resonate more and more with me. I was overcome with the feeling of us all being connected under one God. No matter where the families that passed through the booth were from, I know that we must love and respect one another. It became so apparent to me that there is so much to do out in the world and it is our duty as readers of a revelation to do our best to harvest a sense of being united through thick and thin. I would like to think that I even figured out who I am a little bit more through this experience and what I stand for. I feel like I have a whole family down in Guatemala, Mexico, California, Colorado, and in Costa Rica. I am so honored and blessed that I had the opportunity of spreading the teachings of The Urantia Book with such an amazing team and the 2×2= More project.