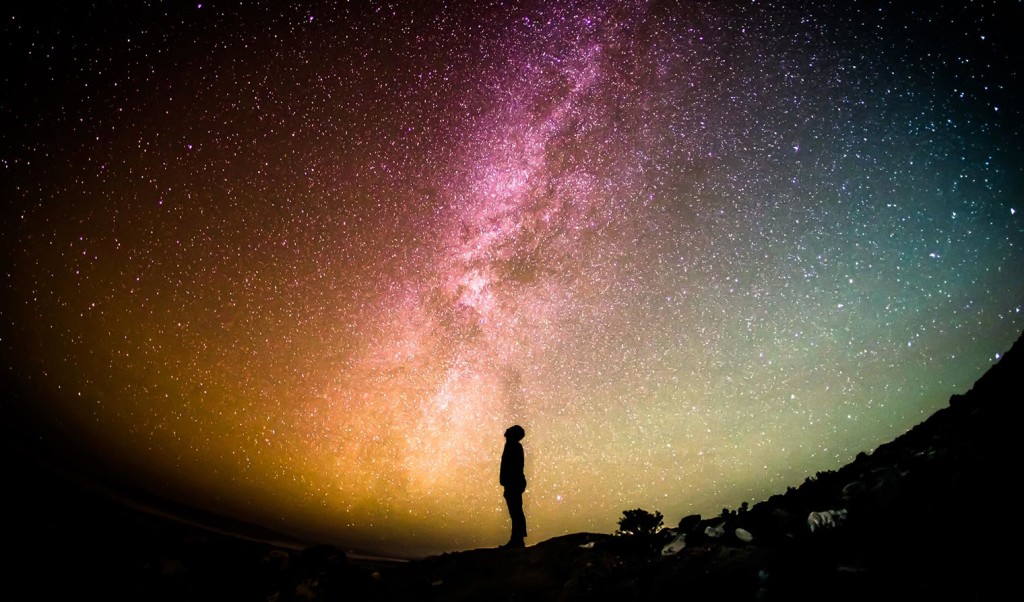 In spite of growing up in the US I’ve always been more philosopher than Christian. In fact I had all but given up on Jesus before finding the UB. I came to this new revelation thru the philosopher’s door. I felt like I was bathing in the waters of the rivers of Paradise when first reading the deep, deep Papers (103—118), just before the life and teachings of Jesus. Of course I had to go on and read about him, and a great relief it was to know the facts about this God man who happened to visit our ragged little planet only 2000 years ago. I love him now, appreciate and treasure his role as my creator father/elder brother ever in harmony with my creator mother/elder sister.

The authors of the Urantia Papers give new meaning, greater clarity, to many core words and central ideas we humans hold in common. They redefine truth as something living, always in relation to God, not as fact or knowledge. Philosophy is redefined as the vital reconciler of the verifiable facts of science and the genuine insights of religion. Philosophy is a unifier, and like truth, it too can be living. A frozen philosophy is a dead philosophy. A divinely inspired philosophy always improves as it integrates facts and insights into a living whole, a way of life that is in harmony with the highest beauty of the cosmos.

The authors gave us insights that should start and maintain a lively interest in philosophy for hundreds of years. This interest seems to be limited to a relative few, for few care for philosophy, right now anyway. Interest must become broader because a well thought out philosophy is central to benign co-existence and social progress, even more central to comprehending divine reality.

The very word philosophy brings up fear or resistance in some. That is because, though people may have tried, they can’t digest our evolved philosophy, our humanly derived philosophy. It is overly complicated and underly enlightening in large part. Its pearls are too well hidden, too few and far between, and that is not right. I ignored and resisted the evolved version of philosophy until finding the UB. So I was, philosophically speaking, a blank slate. I consumed a full course of UB’s revealed philosophy–where I even found insights into what the masters of universe philosophy ponder! I then realized my thirst for divine philosophy, for truth, goodness and beauty shall be both continuously engaged and equally slaked for all time.

I think people shun philosophy because they believe it is akin to nuclear physics in complexity and intellectual prerequisites. But the UB authors boiled philosophy down to three ordinary words: Truth, Beauty, and Goodness. This trio has roots that trace back to Jesus, Melchizedek, Adam, and Dalamatia, off-planet to Jerusem, Uversa, even to Havona and Paradise. All the universe schools of time and space teach this simple three-fold conceptual framework upon which we will build an ever expanding physical, intellectual and spiritual cosmos, as we simultaneously discover our place and destiny within it.

Now, here on outpost Urantia, we are witnessing the confluence of the 21st century after Michael’s visit and the arrival of our fifth epochal revelation. The revelation came just when a great and divinely inspired philosophy is needed more than ever, to help mediate wisely between burgeoning science and faltering religion, to assist us in taming our raging technology and understanding our humanity, to multiply wisdom and diminish error, evil and death.

No person, no nation, no civilization will go far or fast into Light and Life without a viable philosophy. A lack of sound philosophy, from the personal to the global, is responsible for many, perhaps all, of our present woes. And it is a great philosophy that will allow us to transcend them all and unify our personality, family, nation, planet, system, constellation, local creation, superuniverse, with our Creator in time, space and eternity, in order to bring about the culmination of God’s project in which we have a role: the evolution of the Supreme Being.

Question: How can philosophers interest a world that doesn’t especially like the word philosophy? How do we cultivate interest in this NEW cosmic philosophy so recently delivered into the hands of man kind? How best to arouse interest in philosophy, especially among the young?