A Step Closer to Peace 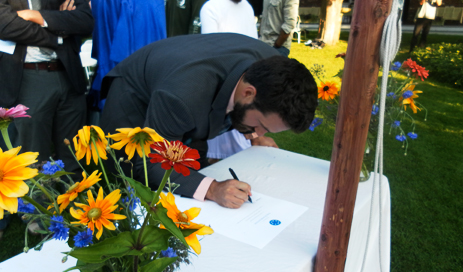 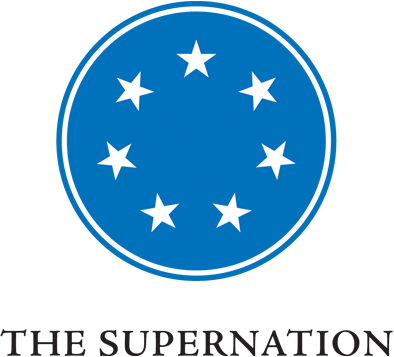 “War on Urantia will never end so long as nations cling to the illusive notions of unlimited national sovereignty. There are only two levels of relative sovereignty on an inhabited world; the spiritual free will of the individual mortal and the collective sovereignty of mankind as a whole. Between the level of the individual human being and the level of the total of mankind, all groupings and associations are relative, transitory, and of value only in so far as they enhance the welfare, well-being, and progress of the individual and the planetary grand total– man and mankind.” (Jesus, The Urantia Book, 134.5) 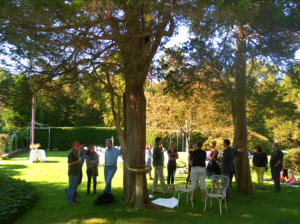 On a beautiful weekend at the end of September, about forty like-minded world citizens gathered to officially inaugurate the Supernation of Urantia. These young idealists, some familiar with the Urantia Book, others not at all, pulled up to the gardens outside Beverly, Massachusetts in cars and trucks, dressed in suits and ties, dresses and heels, or jeans and sandals, prepared to declare emphatically that they were not satisfied with the current state of the world. We spoke first of the world we know: one in which nations protect their own self-interest by attacking their neighbors either in retribution or anticipation of violence; one in which civilians are more often the victims of aggression than soldiers. We spoke then of the future we imagine: one in which national identity is powerful and clear, but our global identity as fellow men and women is stronger. We imagined a world in which the idea of committing violence against another nation is offensive to the soul because that violence is violence against our true brothers and sisters. We imagined a world under the wise jurisprudence of a representative supernational court– a world in which wars between nations are kept in check by a judicial body given real teeth by the investment of every world citizen. 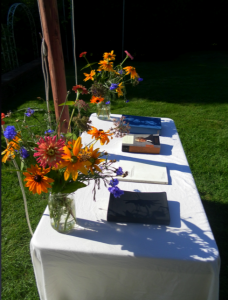 Together, we took the Supernational Pledge, which contains three simple declarations

1. I commit to overcoming evil with good.

2. I refuse to participate in international violence.

After taking this pledge, we raised for the first time the Supernational flag on a beautiful flagpole hewn from a local cedar tree. Suddenly something that was a powerful idea in my mind was made real and visible to me: the brotherhood and sisterhood of mankind, uncomplicated by national or ethnic identity.

The Supernational Pledge was conceived by Jon Zoba, and this event was lovingly put together by Jon, his family, and his community. If you are interested in taking the Pledge and declaring yourself a supernational, visit www.thesupernation.org for more information and to contact Jon. Check back often, because the site will soon be interactive and allow you to take the Pledge online.

This is frankly a very simple idea but it has profound significance. Imagine if millions, billions of global citizens took this Pledge. Our national governments would have no choice but to listen, and we would be much closer to an era of world peace. This is not a quick fix, but by keeping our eyes on a united vision, we will be able to effect real change.

4 thoughts on “A Step Closer to Peace”