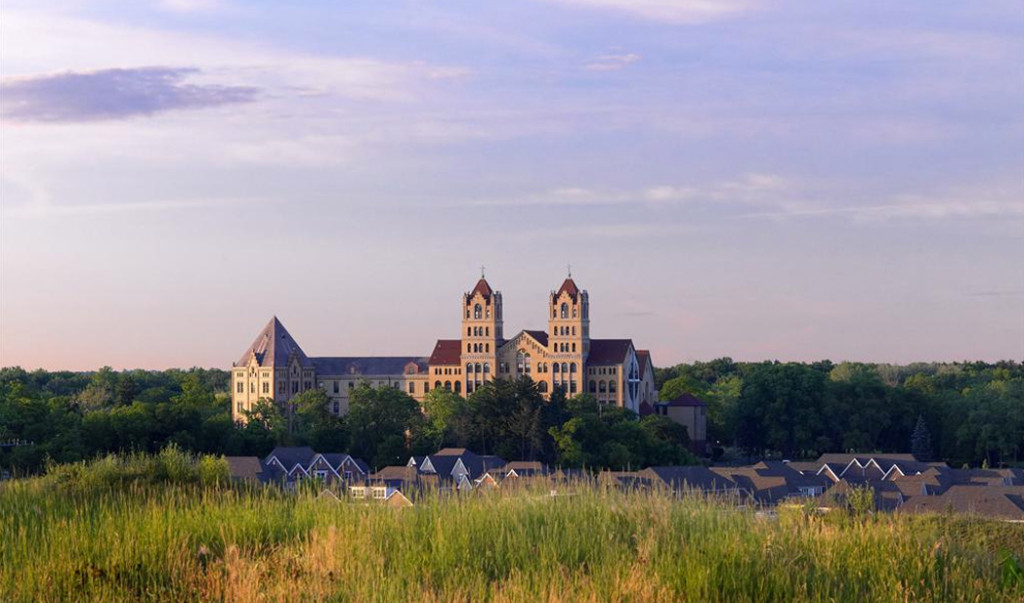 Dear Fellow Travelers,
I have recently returned from my first Summer Study in many years. I’ve long committed to the International Conferences, but I haven’t been able to afford to also attend the Summer Studies. This year I went, and I’m glad that I did. With no more than about 120 people variously attending the Triennial Delegate Assembly (TDA), the Spiritual Retreat, the Summer Study Sessions, and the General Council meetings over the course of a week (of which I was there for the last 5 days), it was easy to really get to know fellow readers and catch up on old friendships. I did not attend the TDA or the Retreat.
The Summer Study schedule was unrushed, well planned and very inspirational. Yes, there were plenty of us who have reached senior citizen status, but there were also plenty of younger folks; and the diversity was also refreshing. The meals where pretty good; not off the charts, but I met my needs more than adequately.
The theme was “Our Relationship with God the Father.” David Kulieke and Gard Jameson both still know how to welcome and call a nice crowd together with lovely thoughts. “The Sublime Thunder of Silence” yet again inspired us all to join Gard in stillness practices. It was awfully difficult to choose just one of five workshop options each morning and afternoon. Chuck Thurston never disappoints: his “Welcoming the Father into Our Lives” gave us plenty to chew on. Every day, one can use their little hand-held computers to add to an ongoing list of reasons to love God. Sioux Oliva and the indefatigable Gard presented: “Be You Perfect, Even As I Am Perfect.” Reciprocal spiritual communion and using The Circle of Trust Touchstones (developed by The Center for Courage and Renewal) are wonderful tools useful in our gatherings and our individual spiritual paths. Such reminders as this one are helpful: “No fixing, saving, advising or correcting each other.” And also such as this: “When the going gets rough, turn to wonder.”
A very popular workshop for old hands and “newbies” was “An Introduction to God the Father and an Introduction to The Urantia Book.” by Derek Samaras and Ken Keyser. Ken’s an experienced and thoughtful older-hand; and Derek is a very enthusiastic young man who truly had the gift of verbal communication. There were lots of great handouts and discussion. So much fun! (And this just covers 15% of the program offerings!)
After dinner each evening there was a gathering, including on Saturday night to reflect humorously and thoughtfully on the first 60 years since our revelation was published in 1955. There were skits, toasts, laughs and tears of joy flowing.
All of this activity was in a splendid, century old Gothic building a bit North of Chicago. I got myself there easily from the airport by the Metro Blue-line, connecting with a regional bus line (423) and a 10-minute walk on a lovely sidewalk well removed from the road. The building is called Techny Towers. It was built by a service-oriented missionary order of Catholics situated on lovely, spacious grounds. Food was served on the lower level, lodging was on several floors, some large meetings took place on the 5th floor, others on the 4th, and finally the General Council on the 2nd (while our access to a fridge was on 4th). Most of us were dedicated to the stairs and got a pretty good workout each day, even though we were mostly inside avoiding the mugginess.
I had actually offered my name for consideration for The General Council.  The Fellowship’s Triennial Delegate Assembly (TDA) elected nine brand new General Councilors along with six Councilors who asked to remain for another term. The good news is that 31 great candidates were willing to serve but only 15 open seats, the bad news is that now there is no one representing Golden Gate Circle on The General Council. I would have been happy to serve, however, I honestly was not too disappointed in not being called to serve as the responsibilities are significant. Many of you know Cecilia Lampley, who lives in Reno and typically attends our retreats; and many of you also know Geoffrey Theiss, recently a member of Golden Gate Circle, now living in Riverside. Well, they are on the new General Council, and Geoffrey was elected Secretary General, and will serve on the Executive Committee as well! (Actually, maybe Cecilia is a member of GGC, I’ll have to look that up.)
I do have some great news to report however. Since I made my travel arrangements to include the possible need to stay for the General Council anyway, I happily joined other visitors to the meetings. We were not in the room while personal discussions on employees or candidates for officers took place. We did, however, soon learn that the new President of The Fellowship would be Michael Challis. Having had time to meet him and his wife Beth previously and enjoy their company over several meals, I knew this would be a very good thing for our organization. Indeed, after many hours of observations, I can assure everyone that we have a remarkable, thoughtful and gifted leader at the helm.
Enough for now! Consider Summer Study Sessions in the future, I know anyone will enjoy them immensely.
– Claudia Ayers