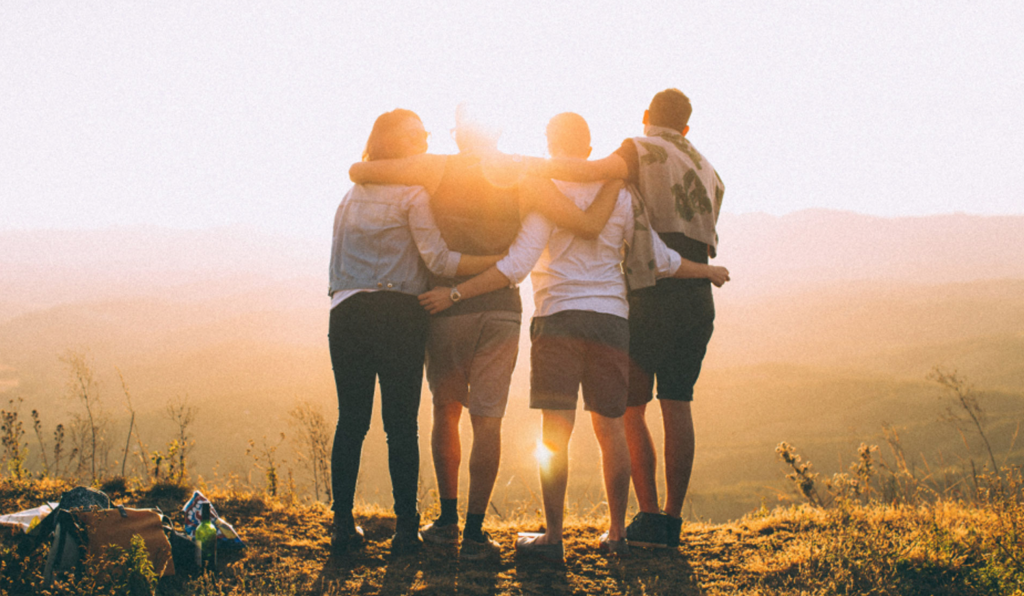 and the Transformation of Human Consciousness

Several major influences in my life have directed me onto the path of being a healer.  I became aware of the first when was around age eight, while viewing pictures in magazines of starving people and the devastation of war.  This triggered in me a strong urge to heal people.  When I found The Urantia Book at age twenty-one and read the sections about the mind, I also was stimulated to learn more about its functions, especially as those relate to Mother Spirit.

Furthermore, reading the Jesus Papers touched me so deeply that I developed a passionate desire awakened in me to do what He did as a human—to develop myself to the height of human achievement and hopefully to achieve Adjuster Fusion during my lifetime.  After I finished reading the Papers for the first time, I said to myself, “I want to do that; I want to achieve what you did, Father.”

Fast forward to the mid-1990s, when I had a profound spiritual experience while sitting at my desk at work. A flash of insight compressed a lot of information into the small space of only a few seconds.  For the first time, I saw our world and its relationship to the universe.  I was shown that everything about how our planet was functioning ran counter to the divine plans of the universe and that it was crucial for the world to get back on the divine plan.  As compelling as this insight was, it was nothing compared with the feeling the insight conveyed in my body—one of utter, pristine clarity that was the best feeling I had ever experienced.  There was a sense of purity and cleanliness, and when the feeling was gone, there was nothing I could do to recreate it.  I now believe that this was a flash from my Father Fragment to get my attention when I was just beginning to explore the path of healing.

These experiences all combined to solidify a deep yearning to help people heal, and over the course of the next twenty years, I applied myself diligently to heal my own emotional wounds and began to assist people in their own healing.  I received much spiritual insight and help to understand the workings of the human mind and how the Lucifer Rebellion perverted our evolution.  All along the way I developed a deep intimacy with Michael as my Divine Father and Mother Spirit as my Divine Mother, who revealed much to my mind and heart and helped me experience their deep, abiding love. It was one of the biggest joys of my life to perceive their love for me, and I made a decision to devote my life in service to help others find that love within.

The following essay is offered with love to Urantia colleagues who may be interested to learn how our Parents are healing this world of the rebellion effects.

INTRODUCTION TO MY LIFE’S WORK

The Paradise Father is a multidimensional Creator. Working alone or in concert with the other members of the Divine Trinity, He creates many levels of universe reality in order for His divine plans to manifest throughout the grand universe.  We are a part of that multidimensionality, being composed of body, spirit, soul, personality, and mind.  It is, of course, difficult to convey multidimensional realities, but in this essay I will try to craft a picture of what I have learned about these dimensions over the course of more than twenty years of work in a healing ministry based on the Urantia Revelation. Many celestial personalities, especially Christ Michael and Mother Spirit, are eager to collaborate with us and infuse us with their divine energies to heal us personally and collectively from the influence of the Lucifer Rebellion and the Adamic Default.  Among many other adverse influences, those two seminal events brought distortion and confusion into our minds and bodies.  The elimination of these effects is fundamental for Urantia to return to its original plan of evolution and someday achieve the status of Light and Life.

My understanding as reported in this essay has been gleaned through conducting several thousand one-on-one healing sessions over the years with my clients. Along the way, I took notes during sessions and collected feedback from many of these individuals based on their experiences in the sessions as well as changes they felt afterwards.  In many cases, I have observed patterns of healing through working with these same individuals over several years.

From time to time, I was guided to look at independent research being conducted in the fields of genetics, consciousness studies, and other related areas.  Cutting-edge scientific research suggests that human behavior and health are highly influenced by the unconscious influences within the mind and DNA.  I came to believe that much of what I was increasingly perceiving during sessions was also being studied from a different perspective.  I found many corollaries between the scientific viewpoint and the spiritual domain that I was guided to explore.  The following is an attempt to share my understanding of this vast arena of our existence.

UP NEXT…
The next section in this essay series will pertain to the design of our mindal system with our personalities from the Paradise Father as the foundation.  From this foundation, we develop a sense of self based upon various influences.  We explore how we function based upon the divine design for personality expression and how our environment and ancestral memories impact how we perceive ourselves.

PrevPreviousYAYAs at the Parliament
NextSummer Study Session 2018Next