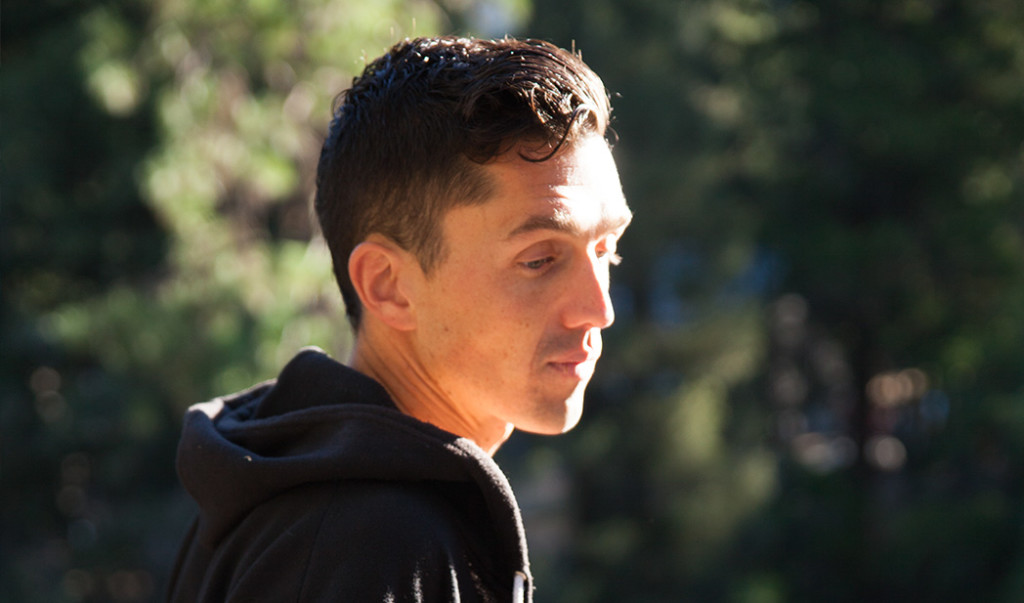 My relationship with The Urantia Book makes most sense in the context of God’s work in my life, from the time he consciously entered my life in February 2007 to today. In the early morning hours on a Sunday morning in February now 5 years ago I had a dream, a lesson about something that had occurred the night before. In the dream a bright light came to me and explained that it did not matter if I acted on the hostility I felt the night before, anger and a burning intention to get revenge for something someone had done to me just 8 hours previous, but that I harbored the anger in my heart. Indeed I did not act on my desire but felt it deep within my soul, and held it there. I felt that the light in the dream was Gandhiji and his lesson was clear: anger held in the heart poisons me, not the person toward whom I am angry. My eyes snapped open and my friend Freya, half asleep, said something about Gandhi. I don’t recall her words exactly but the coincidence shocked me. From that moment a stirring began in my soul and a series of small coincidences, subtle and perfectly timed began steering me toward God’s Word. I worked in the library at USC and as I spent hours alone in the stacks replacing and ordering books I started encountering ancient scriptures. Buddhist, Hindu, Muslim and Christian texts would pass through my hands and I would pause, find another piece to the puzzle, bookmark it in my memory or copy it down into my notebook. I started reading a copy of the Bible the library kept upstairs, again copying scripture down and memorizing it. One day in May I memorized the Lord’s Prayer (Matthew 6:9-13). I went home that night and found a letter on my desk from my father’s business partner congratulating me on my graduation and including $50.00. Hours later I was upstairs alone while my friends and roommates were downstairs in the back of our home. Our balcony looked out onto Menlo Ave. where I noticed a man attempting to get the attention of my friends downstairs, he did not see me but I saw him. I ran downstairs, he may or may not have been homeless but he was certainly distressed and appeared to really need help, I felt a deep conviction in my soul and ran upstairs to grab him a jacket, a scarf, and the $50.00 bill. I wanted to gift him a few items that would allow him to walk down the street confident both in dress and temporary financial stability. For the first time in my life I prayed for someone, the Lord’s prayer, he prayed it too, and we separated. I turned around and Freya was standing in the front doorway, I did not know she was there but she had seen the interaction. I ran her upstairs and read her this quote:

“I will give you a talisman. Whenever you are in doubt, or when the self becomes too much with you, apply the following test. Recall the face of the poorest and the weakest man [woman] whom you may have seen, and ask yourself, if the step you contemplate is going to be of any use to him [her]. Will he [she] gain anything by it? Will it restore him [her] to a control over his [her] own life and destiny? In other words, will it lead to swaraj [freedom] for the hungry and spiritually starving millions?
Then you will find your doubts and your self melt away.”
-Mahatma Gandhi

I was shocked and inspired. The service and love expressed in all of the ancient texts I had been studying, captured here in Gandhi’s own words, and epitomized in the Sermon on the Mount manifested beautifully in my own life, in this opportunity of compassion and prayer. Freya was amazed but I did not realize why until one week later when she shared with me a letter she had written her father about my interaction with the man on our front stoop that night. At the time her father was staying at Gandhi’s Ashram in Ahmedabad, Gujurat, India at an NGO called Manav Sadhana (the above quote is also their mission statement). He shared the story with everyone at Manav Sadhana during their sharing circle and then, to my absolute shock, offered to purchase my ticket to India so that I may visit Manav Sadhana and serve at Gandhi Ashram. Then and forever more I am convinced of God’s reality and His personal presence and watch care over our lives.

After this moment His work only intensified and I started seeing Him everywhere. Before I left USC that summer to return home a man on campus handed me a copy of the Bhagavad-Gita, the night before I flew home I prayed for a Bible under the full moon on the beach in Santa Monica. My parents picked me up from the airport and the moment we walked into our home my father handed me the copy of the King James Bible my grandmother had given him when he was 5 years old. I was not raised in the church and never had a Bible. So I sat on my desk, post-college and I had two thick, powerful, spiritual texts in front of me. I had difficulty understanding either the Bible or the Gita but I continued to study. I felt a deep conviction, a dividing line, that I would have to choose between the two, and decide that one was wrong or that somehow both texts were pointing at the same infinite God. I chose the later as my mode of spiritual investigation and began a process of intellectually and spiritually integrating the two texts. In fact I applied a process of total integration of all opposites, summarized in this equation: 1 + 1 = 1. I started making Youtube videos discussing my personal and spiritual growth and found a lively community of young seekers there using Youtube as a forum for intense political, philosophical, and spiritual discussion. One day, on one of my videos another user posted a comment: “If you really want to know anything at all you must read the Urantia Book.”

I had never heard of the Urantia Book up until this moment. I was staying in Santa Monica now a year after graduation. In the past year I had spent most of my time reading, writing, making videos and following the small, timely coincidences. At this time I studied in the Santa Monica library and to my good fortune, the efforts of someone connected with the revelation, and God’s grace they had a copy of the Urantia Book. In good faith and as the next step in my adventure I opened the book, to Paper 16: The Seven Master spirits. I read. I did not comprehend. I continue to flip through the book, to the Jesus papers and then back to the first paper: the Universal Father. I did not comprehend. I had been through this before, with the Gita, the Bible, the Upanishads and a myriad of texts I studied, so I pressed on. I did not realize the absolute significance of the text for another year but from that moment on I started integrating what I understood in the Urantia Book into the conceptual framework and spiritual insight God had given me up to that point in time. My philosophy of non-judgement, total integration, assumed unity, and intellectual perseverance allowed me to encounter all of these texts, including the Urantia Book, with a wiling mind and open heart. This is the only way to approach God, His Word, and His Revelation. Pre-judgement is the enemy of true spiritual insight.

I returned home to Portland, OR months later and, again to God’s grace and the good faith of fellow Urantia Book readers, I found a Urantia Book reading group in SE Portland. I was brand new to the revelation but Joy Brandt and many of the other readers at the group had been reading the book for 25 years! I didn’t even know it existed and suddenly I was stepping into a stream of wisdom and experience. My first Sunday afternoon at the group we read Paper 39: the Seraphic Hosts. I could understand this paper to some degree and now I had a community of readers who enthusiastically answered my questions. It was beautiful! God began showing me His many faces including the administrative hierarchy of His government, the structural blueprint of His physical creation, and the path of ascension to Paradise. I continued to integrate all I read in the Urantia Book into the web of wisdom I’d found in the ancient texts.

I took the Urantia Book with me to India when I finally ventured to India 2 years after the serendipity that provided my ticket. I served at Gandhi ashram and travelled thousands of miles through northern and southern India over 7 months. I finished the book 6 months after I returned home. Every person who encounters the book has to walk faithfully in it and seek internal revelation by the Spirit of God within as to whether or not this text is what it claims to be. No one can confirm this for you but it is good and edifying work to engage with the text openly in a spirit of discover and critical assessment. The Urantia Book has confirmed and clarified spiritual concepts that I had integrated across all major religions it has also freed me from belief in the blood atonement. I was never indoctrinated into this belief in my youth because I simply did not attend church but as I encountered Christ and the church I had to come to terms with “the redemption of sin by the blood of Christ.” I believe this is the great failure and limitation of the church. Our intellectual understanding of the nature and character of the Heavenly Father limits or releases the capacity of the Spirit to internally illuminate this character within us. Deep emotional belief that the Father had to brutally sacrifice His Son to redeem humanity necessarily skews and perverts the character of God Our Father and limits the upward ascension of the soul. Additionally the pure intellectual challenge of the Urantia Book and the deep and detailed account of the life of Christ continually edify my relationship with God and my brothers and sisters sojourning here on planet Earth.