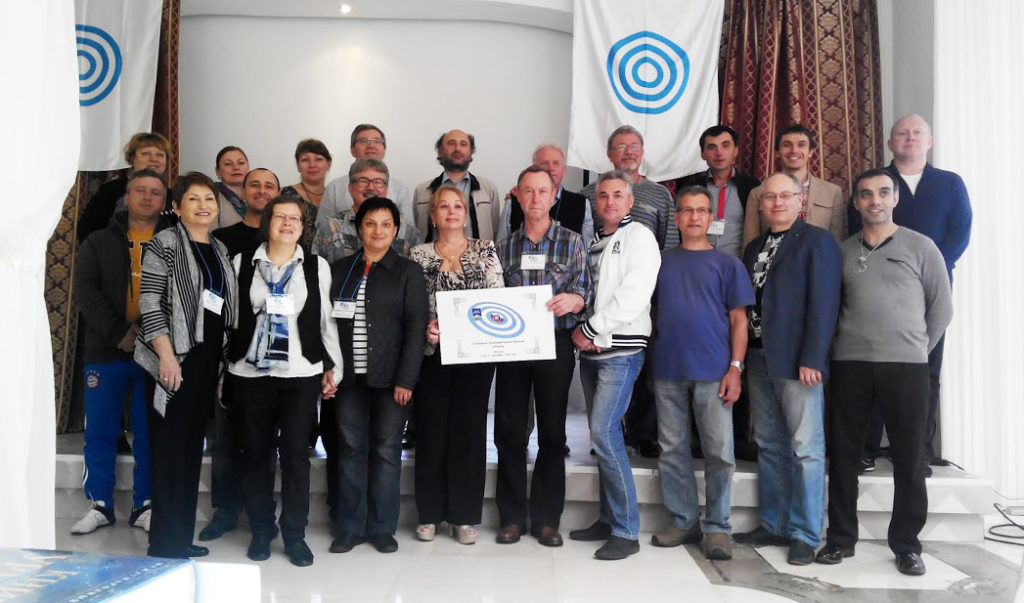 Lila and I and our friend, Dan Amyx, returned home this Monday from what was the “First Urantia Conference in Russia” held over the weekend beginning Friday, Sep. 9th in a hotel/spa just outside of Moscow. A total of twenty three participants attended, most of them from Moscow, a few from other parts of Russia (including one from as far as Vladivostok), three from Ukraine, one from Finland, one from Colombia, and three of us from the U.S.

The conference had been organized by Tamila Ragimova, a native of Baku, Azerbaijan, who now resides in Medellin, Colombia. Lila had gotten wind of the conference less than three months ago and soon thereafter we decided to give it a go. Dan, who had lived and studied in Russia some twenty years ago, enthusiastically joined us. Tamila had indicated clearly at the outset that the entire conference would be conducted in Russian only and that no plans had been made for interpretation into other languages. That and the experimental nature of the first such attempt in Russia, were the primary reasons why the conference had not been widely publicized. 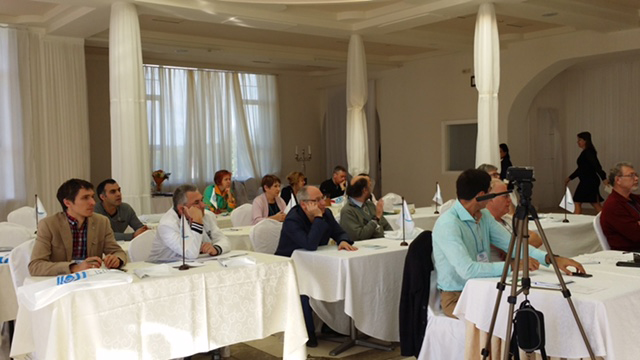 As it turned out, there were a few bilingual (Russian – English) speakers in the crowd, notably Tamila, Eija Seppanen-Bolotinski from Finland, Anton Miroshnichenko from Ukraine, and, of course, Lila; so Dan and I, whose Russian language skills are limited, received a little – perhaps more than expected – help from our friends. In fact, Eija, who is fluent in both Russian and English in addition to her native Finnish, veered from her original plan and conducted an interactive workshop for English speakers on John the Baptist.

A wide range of topics was touched upon in plenaries and workshops, including cosmology and science in the Urantia Book, religious and spiritual growth, the life and teachings of Jesus, and the meaning of life. Most of the participants seemed to know the book quite well. Discussions were sometimes spirited – even heated – when it came to interpretations of some UB concepts. Yet, despite these intellectual differences, the pervasive feel of the gathering – at least from my perspective – was one of comradery and unity of spirit. Informal social gatherings in the evenings included story-telling, poetry reading, and music – classical and folk – supplied by some of the highly talented attendees.

The highlight of Saturday evening was a gala event in an ornate dining room at the hotel. There was great food, a series of champagne toasts by the participants, music and dance. It was a blast!

The group does not appear (so far) to identify itself with any formal Urantia organization and the conference was not sponsored by any organization. Toward the end of the conference, Anton, a UAI representative in Ukraine, gave a detailed power-point presentation on the structure and function of that organization.

There was talk in the group about planning the next Russian conference and beginning to look at potential sites. The possibility of simultaneous interpretation that would allow for greater participation of English speakers was also discussed. One of the participants, Sergey Litvinov, took the bull by the horns and has already begun to set up a data base and disseminate information to the attendees.

And the beat goes on…